I thought it would be nice to create heatmaps from the Openstreetmap data (i.e. for displaying the areas lacking « addr:housenumber »). I created, OsmosisHeatmap (jar file, source), a plug-in for Osmosis (a command line tool for processing Openstreetmap data) that generates a JavaScript file with the coordinates, JS that can be used by the sample HTML page based on Leaflet and Leallet.Heat. 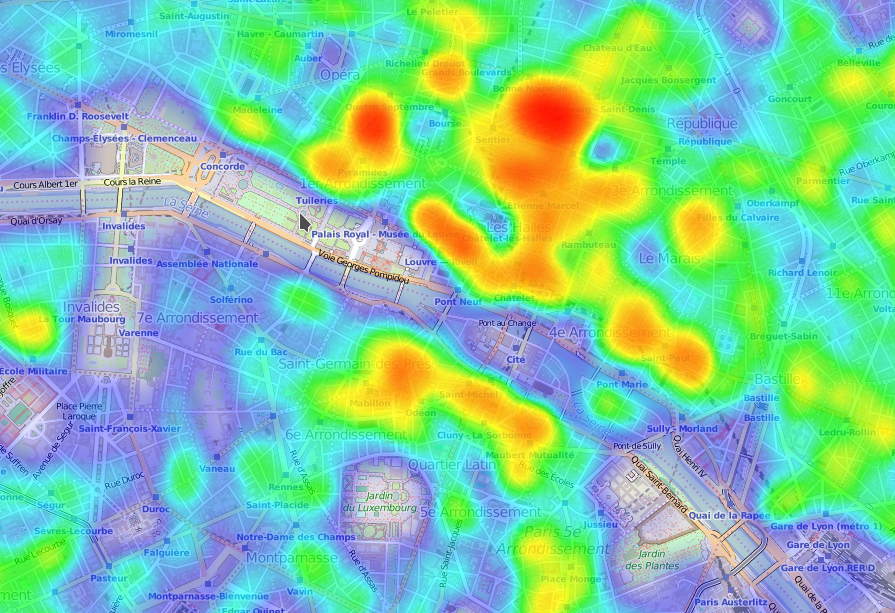 I needed an XML parser for my tests with Rust (parsing a gigantic 2Go Wikivoyage XML dump) and there is no native one. So I would need a wrapper around a C implementation. At first, I used libxml2, because it has a very convenient XmlTextReader API where you are controlling the parsing loop (no callback like in SAX).

I wondered how it compared to the StAX API of Java, and made a simplistic test printing (to /dev/null) the names of all the nodes. And surprise, StAX was way faster:

Then I made tests with SAX, comparing the default Java implementation with libxml2 and finally also libexpat 2.1:

I met a performance issue with PipedInputStream/PipedOutputStream, and here is how I finally solved it.